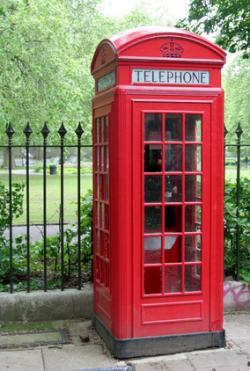 
Along with grander architectural icons such as St Pauls and Big Ben, a glimpse of the little red telephone box instantly says Britain.
Designed by Sir Giles Gilbert Scott, the third generation of a great dynasty of architects (he also had a hand in Battersea Power Station and was the creator of Liverpools Anglican Cathedral ), it came about because of dissatisfaction with earlier efforts, including the solidly ugly concrete version which was so unpleasant that many London councils refused to countenance it on their streets.
Scott and two others were asked to submit designs to a competition run by the Royal Fine Art Commission: his, soon designated K2 (K1 being Kiosk 1, the horror that calls to mind a tiny allotment shed or miniscule bandstand) was the winner, though Scott himself intended it to have a silver exterior  red was chosen by the GPO as easier to spot. Two years after the 1924 competition hundreds of the boxes began to be installed in the capital.
The same hand designed the K6 version, the one which spread to the rest of the country from 1935 onwards.
Today the mobile phone means there is less practical need for the telephone box, thus redundant examples have found new uses as shower cubicles, guard boxes, features in nightclubs, and so on. But many have been retained for the look of the thing in London especially, and others remain in use dotted throughout the land, a pleasure to spot on a country drive.